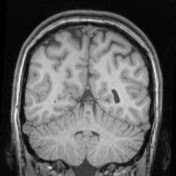 Before I introduce the new poll I want to quickly go over the last poll. Over half of the people that voted on what medication they take selected Clonozepam. I am curious if this is a daily pill for everyone or do you take it just when you feel overly anxious? Everyone else takes Zoloft, Klonopin, Paxil, Prozac, and something else that I don't have listed. Over the past week in different comments in the last poll post as well as the Q&A post I think we have had some really good discussion on what we take and why, so I won't go into that more.

Ok, so for this week's poll:

Our society has put a stigma on mental illness. If you have cancer then the whole world supports you and you become a fighter in their mind. I personally feel that by telling people that I have a mental illness I am asking for them to think of me as a disgrace of a human being. This not only hurts self esteem but it also prevents people from getting medication that could help them.

"An estimated 22 to 23 percent of the U.S. population experience a mental disorder in any given year, but almost half of these individuals do not seek treatment (U.S. Department of Health and Human Services, 2002; U.S. Surgeon General, 2001)."

There are some mental illnesses that cause extreme behaviors and if left unchecked can result in traumatic events such as the Virginia Tech shootings. I think that is where the bad feelings come from. People think because a few go over the edge that everyone will cause we're all "crazy". In reality there are so many people that suffer from depression and anxiety and other conditions that are able to function normally and have meaningful relationships.

So what can we do to educate and erase this wrong line of thinking that society has towards people with mental illnesses?

There are many campaigns out there for fighting the stigma. Here are a few interesting ones I have found:

http://www.whatadifference.org/ is a place for friends and family to figure out how to deal with loved ones suffering from a mental disorder. Its pretty cool. Here are a couple of their campaign videos that are on tv right now:

The UK has an interesting campaign going on to try to educate people. They are posting signs in the Tube (subway system) and they have a commercial out for a nine minute movie to try to break the stigma. I don't have the movie but I have the commercial:

Normally I wouldn't advocate something so bold or extreme, but I think thats what it takes sometimes to get people's attention, so I understand it and can appreciate its message.

Another group doing a campaign is Mental Health Ministries. They have a video that is interesting (a little cheesy but still interesting)

Some campaigns you can donate to, others have places for students in high school or college to get involved by creating clubs or having guest speakers come. What can you and I do? Maybe you disagree with me, and thats ok. Either way, let me know what you think...

Email ThisBlogThis!Share to TwitterShare to FacebookShare to Pinterest
Labels: Help For Family and Friends, Informational

Clonazepam is the generic form of Klonopin, and is usually dosed twice/day. Some take it as-needed, but that's not the "right" way to take it.

I think the stigma isn't as bad as it used to be, but it's a problem.

Beautifully made film (the British one).

Aimée. Thank you for visiting my blog. You are such an inspiration. Your posts are amazing!

I agree I think the British one is my favorite out of all the movies I have seen. I might purchase the nine minute movie that its advertising to see what else they have come up with. Very cool.

Welcome to the blog! I am glad you took a peek. I am getting more interested in finding things in my local community to help others and thats cause of you. So thanks!

People just don't believe that mental illness is really an illness. They think it's behavioral, not physical. Listening to Daniel Amen, I now believe it is physical, and we can't do anything about it. If we could will it away, we would, but people can't will cancer away either.