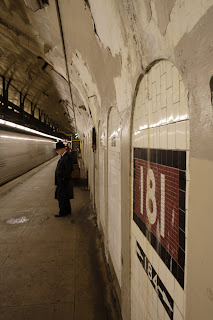 I had another dream last night about being rejected. This seems to be an ongoing theme to my dreams almost every night. Usually it is being rejected by men, being back in high school and getting rejected by boys I thought were cute for example. But last night’s dream had a twist. My best friend in the dream was Sara Jessica Parker (probably because I really got into the Sex and the City series and considered the relationship the women on that show had as my ‘ideal’ kind of friendship). But at the end of the dream, she decided she didn’t want to be my friend anymore and it really hurt.

This brought me back to some real traumatic events in my youth that I was thinking about in the shower. A lot of blog post ideas come to me in the shower. I had a best friend all growing up that lived right down the street. We were the kind of friends that are inseparable, weekly sleepovers, secret clubs, dressing alike, the works. Only in eighth grade she decided to trade me in for someone else. The rejection I felt was awful. Suddenly I had no friends. Meanwhile those two girls became the most popular throughout high school. I struggled my first year in high school as many do but mainly because I really was all alone. I eventually made a friend with a fellow cheerleader. Her name was Laura. She wasn’t as pretty as me I thought and that gave me a sense of security. (aren’t girls horrible?) We became best friends and things started getting better for me. I had a boyfriend who I consider my first love. We dated off an on for several years. At one point when we were “off”, I found out that he and my “best friend” had hooked up. This too was devastating because I had no one to talk to about it. The two closest people in my life were the ones that had hurt me. This time I went into a mini depression. My grades fell and I became a bit of a recluse. I spent almost all weekends at home alone watching tv. This continued throughout my junior and senior year of high school. Eventually I reunited with this boy (what was I thinking, I know- I ended it about a year later) but I never reconciled the friendship after that day with Laura. Why was I able to forgive him and not her? Thats another question that I never understood.

Since then I have had a hard time making friendships with girls. But I try. I have a few, but none that I consider a “best” friend. I don’t know if I will ever have one again, but I would like to.

So it’s safe to say I have some issues with rejection and trust. Why I am STILL struggling with it I have no idea. I found a nice article that talks about how to get over rejection, but I don’t know if it’s really going to help me in any way. I consider myself “over” this history but I still dream about it in one form or another almost every night. Why? Anyone have any ideas or suggestions on how to get rid of them?

I came across an article today at the AnxietyConnection that talks on Anxiety and Insomnia. Since I have posted on that recently I thought I would mention it.

One more off topic random thing. Here is a fun quote that I came across that reminds me to be silly,

“I like nonsense. It wakes up the brain cells. Fantasy is a necessary ingredient in living. It's a way of looking at life through the wrong end of a telescope. Which is what I do, and that enables you to laugh at life's realities.” ~Dr. Theodore Geisel, a.k.a. Dr. Seuss

I would like to thank my good friend Ben for the picture I used for this post. He is a pretty great photographer and a really supportive friend.

Email ThisBlogThis!Share to TwitterShare to FacebookShare to Pinterest
Labels: Dreams and Nightmares, Rejection

Love the photos. I always promise myself I'm going to go out and shoot some stuff, but I think there's a black hole under my sofa because I can't seem to get my arse out of it. The gravitation pull is tremendous.

Ontario is a beautiful place in the fall. You'd love it up here. Lots of things to photograph.

Thank you for sharing so honestly. Boy, I wish we could sit down and chat so I could share with you my journey. But in a nutshell, let me share a couple suggestions about improving your dreams and choosing friends.
1. It's good to forgive (that boyfriend and that "best friend" who cheated with your boyfriend), yes. But forgiveness doesn't mean it never happened and that you are obligated to continue with them.
You need to choose higher! Choose better. I had some terrible "best friends" in jr high and high school. But later, in my adult life, one year, my sister suggested that maybe she should "pick out" who would be a good friend for me. I was surprised to have her pick a mild, nice neighbor down the street and I went ahead with making the efforts to get together. What a beautiful friendship! And we stay in touch still- even though I've moved. Conclusion: I was being drawn to the wrong kind of women and ignoring the sweet potential friends around me. Ask someone you trust to help you define who would be a good friend for you- someone with proven loyal character.

2. I still have dreams where I'm in high school and I'm lost in the hallway. (I went to a huge high school). But your dreams seem to indicate that you are repeating something (getting rejected) because you feel you have no control over it. You DO have control whether someone rejects you, to a degree, because you can start to choose men who are of a different caliber, sweet, kind, faithful. Try going to bed with a journal and just before you go to sleep, write down a scene that you believe God would bless. For example, a scene where you meet a nice guy walking his dog and you are chatting together and the sun is shining. He invites you to go for coffee. You sit down at an outdoor cafe and share the most wonderful time together. He tells you he has truly enjoyed it.
Start with a simple scene like that. Encourage your mind to believe that you can choose well and choose better. You are a beautiful person that God created and He wants you to walk with dignity in this world. (Read my post on dignity at my blog).
Hope what I've written can be helpful to you.
God bless!

How on earth does a child with social anxiety become a cheerleader? I don't think that's even possible.

Thank you for those ideas! I tried the journal idea and it actually gave me good dreams for a couple nights. I have to do it on a regular basis I think for it to stick.

anonymous,
How funny you should say that. Literally on Sunday I was having a conversation about how I can't believe I was one because now it seems like something I would never have the guts to do. I think that as I got older it has gotten worse. I had started cheerleading before the traumatic events I listed in here so there was already a sense of "normalcy" there. But if I had to do it again now, I don't think I would even be interested in that kind of spotlight. Too much judging.