Why Do We Shut People Out when We Need Them the Most? 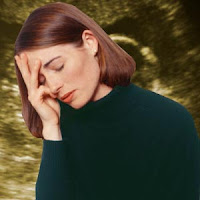 In our society it is widely known one should wait until after their first trimester before breaking the good news of pregnancy to friends and family. This is because after the first trimester, the risk of miscarriage significantly decreases. The idea is that if you tell people you are pregnant and then miscarry, that it would be painful to have to tell everyone that you lost the baby. It's a way to protect yourself from pain. After spending the day in the ER with the suspicion of having a miscarriage I realized doing this may prevent additional pain but it also shuts out the opportunity to feel love and support.

With my first pregnancy, everything was flawless. So when I found out I was pregnant again, I hoped and even assumed things would be very similar and I wouldn't have any problems. Although we only told a few, the news spread in Mr. T's family like wildfire. I told my mother and three of my sisters on Easter that we were "egg"specting, and two of my closest co-workers and a best friend.

As the symptoms started on Sunday, I decided for various reasons to wait to go into the doctor's office on Monday as opposed to the hopsital. All afternoon and evening I mourned what I was sure had to be a miscarriage. I felt stupid, embarrassed, and ashamed that I had told so many people. Not because it would be painful to tell them the latest news, but rather because I was worried they would judge me for not following social norms. "She should have known better" they would think.

I just stopped my medication two weeks ago. Do I stay off of it or get back on and go through another horrible two weeks of side effects?

Even worse, we were supposed to go to a family get together and I didn't want to see anyone. Mr. T eventually had to make an appearance so he went later on to let everyone know what was going on and why I wouldn't be coming. I was grateful he did the talking for me. He unfortunately had to leave that night for a business trip.

The Pros of Letting Others Into Your Life

But then a wonderful thing happened. The next morning I got a call from my sister-in-law (who has had 5 miscarriages) and she offered to go with me to the hospital. My mother-in-law offered to watch my toddler. Flowers and dinner were brought over. I received phone calls throughout the day to check up on me . I received so much unexpected love and support that I never would have gotten had I kept this all to myself. What a horrible secret that would have been to keep. I would have had to go through it literally all alone. Suffering, all alone. Instead, I really feel loved and encouraged by those around me.

I understand there are limits and everyone is different. I agree that its best to wait to share the exciting news with your boss at work or all over Facebook for example.  For me, I now see the importance of letting those that are closest to me in on my life, both the good and the bad, and letting them give me all the support and love that I need. I've decided not to feel bad for being different or for not acting the way others may think that I should.

It turns out that I have a SCH (a hemorrhage) which is not a miscarriage. It will be a week or two before I know for sure whether there is a fetus since the ultrasounds can't pick one up yet. I haven't miscarried yet, but it's still a possibility and I just need to take it easy. Thanks to everyone for the kind words of support and encouragement.

How This Can Apply To You

Maybe you aren't in this exact situation, but maybe you hide other hardships from your friends or family because you want to appear happy. It may be worth rethinking who you let in and shut out of your life.

Email ThisBlogThis!Share to TwitterShare to FacebookShare to Pinterest
Labels: Help For Family and Friends, Pregnancy and Anxiety, support

Wow. What you are writing about with regard to reaching out when you are feeling vulnerable really resonates with me. I've dealt with the same issue and come to the same conclusion. Good for you and I wish you only good things through the rest of your pregnancy and beyond.

Keeping you in my thoughts and prayers Aimee.

I have found since the return of my anxiety and a diagnosis of OCD that reaching out to friends and actually opening up about a part of me that I tried very hard to keep in my past has been very therapeutic. A couple of them have some of the exact same issues, and it helps so much to have people in your life who know what you're going through and are there to support you even if it's scary to open up. I'm glad you had a positive and supportive experience in a difficult time. Good luck with the rest of your pregnancy!

Personally, I'd say because I don't want to drag them into my worries. It may be selfish of me to shut them all out like that, but I think my reason is understandable enough.

I totally understand that fear and anxiety. Sometimes it's hard to let people in and share what's really important with others. In any event, congratulations on your pregnancy and wishing you a happy and healthy baby.

Yes, I do that most of the time because they know me as a happy person and at the same time I don't want to burden them with what I'm feeling. I try to resolve it by myself and once resolved that's the time I'll tell them the story. Yeah, it's really sad and I feel alone :(