Ever Thought about Therapy by Phone? 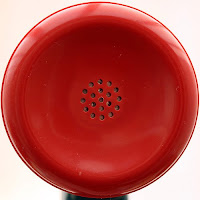 Have you ever wanted to talk to someone but talking in person seems really uncomfortable? Have you ever considered doing it over the phone instead?

Today psychotherapist and educator Tim Desmond from Coherence Counseling shares an experience of what you can expect from phone counseling.

Here is a case history from a recent client.

Grace, a nurse living in Oakland, CA, began our first therapy session saying she wanted to feel less anxious. I asked her to tell me about a recent example of her anxiety, and she told me about the previous night. Her husband was watching a movie and asked if she wanted to join him. She did, but complained the entire time about how much work she was not getting done. She told me that whenever she tries to take a break from work, she constantly feels anxious and is unable to enjoy herself. It had gotten to the point that it was beginning to create problems in her marriage, and she and her husband had begun to fight about her need to relax.

Curious about how her anxiety made sense, I asked her to imagine herself in the scene from last night and to let me know when she was there. After a few seconds, I asked her if she was feeling her anxiety. She told me that she was and I asked her to describe how it felt in her body. She said, "It's like a hot, burning sensation in my chest. I hate how it feels." I asked her to stay with that feeling for now, and really allow it to be present. Then I asked her to try something that might feel a little strange. I said, "Now ask that feeling -- that burning sensation in your chest -- what it's job is. Try saying something like 'What is your job?' or 'How do you help me?' and then just listen for an answer." She was willing to try and paused for a minute or so. She finally said, "All I'm getting is 'I keep you from slacking off.'"

At this point, I wondered how not "slacking off" was worth the price of feeling so anxious and uncomfortable. I told her that I would give her the beginning of a sentence and ask her to let it finish itself without pre-thinking the ending. The sentence-stem was, "It is so important not to slack off because..." and she quickly said "It is so important not to slack off because my whole f***ing family are a bunch of slack offs." We repeated this process a few more times as it became increasingly clear how important it was for her to be different than her family.

She told me about her family's history of drug and alcohol problems and how embarrassed she felt growing up with them. I now felt like I was starting to understand. I asked her to try saying, "My anxiety is what keeps me from ending up being a slack off like my family. That is more important than anything, including being able to enjoy myself." She repeated it back and said it felt true. We spent the rest of the session looking at this new discovery from different angles and phrasing it in different ways. We finally wrote "I refused to end up like my family, and I need my anxiety to keep that from happening."on an index card for her to read a few times a day.

I asked her to call if she needed another session. When she called a few months later wanting to do a couples session, she told me that she now felt entirely in control of her anxiety. It would still come up from time to time, but she would know what it was about. She said she would just recognize how different she is than her family and that would make her feel much better.

A note to thank you and to say, The memory of your thoughtfulness article, Will be remembered
For many a day.

Finding a good clinic where your can experience relief from OCD and Anxiety Symptoms from the first treatment session and finish anxiety treatment within 6 months with lasting results can be a challenging quest.

But if you live in Los Angeles than we would like to invite you to our Renewed Freedom Treatment Center; feel free to check our website (http://www.renewedfreedomcenter.com/) for more details.

I think phone therapy is a good idea for anxiety. So many people are too afraid to discuss their disorder with a stranger face to face.
Thanks for sharing that.

Anxiety can be treated, the thing is that most anxiety sufferers do not fight for their freedom.

I wish you and everyone all the best!

I do think that this can be a good first step, but if someone is using it as a way not to leave the house then it may do more harm than good.