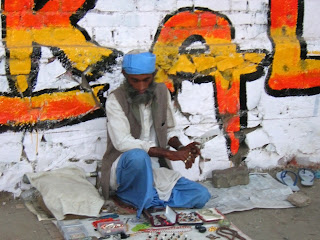 Today is World Mental Health Day as initiated the World Federation for Mental Health and has been celebrated annually since 1992. The theme for this year is "Mental health in a changing world: the impact of culture and diversity".

"Mental health is defined as a state of well-being in which every individual realizes his or her own potential, can cope with the normal stresses of life, can work productively and fruitfully, and is able to make a contribution to her or his community.”

The culture you are surrounded in greatly determines the way in which you deal with your symptoms. However, mental health effects every country no matter where you live. According to the WHO website:

As Dr. Deb says on her post on this topic,

“The goal of World Mental Health Day is to address stigma and to show that mental illness is neurobiological - not a scarlett letter with which to be ashamed or a weakness of someone's character. And this year's theme highlights the importance of culture and diversity among us all.”

I never heard about this until today. I am very excited to spread the word. Rather than regurgitate the entire post, I will just mention it briefly with a link. Awhile back I created a post called "Breaking the Stigma" that talks and shows some videos of some campaigns the United States and the UK are doing to help people become more aware of the support that is needed for friends and families suffering. There are links for places to donate or get more involved if interested.

I have known a few newlywed couples that have a situation where a mental illness is revealed such as depression or an eating disorder. Interestingly, the first thing the parents tell the spouse to do is to annul the marriage before they have any kids. This is shocking to me! That because you have a mental illness you are suddenly unworthy of being loved.

Any other mental health bloggers out there- I urge you to spread the word!

Yeah. Let's get the word out there!

Just found your blog through another blog. It's fantastic! Thanks so much for sharing. I really think it's fantastic and this post was amazing. Thank you!