How Dreaming About Positivity Actually Boosts My Confidence 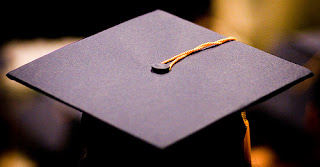 I had a very unusual dream last night. I dreamt that I was getting ready to go to college and I was organizing my new “dorm” like living space. I was ok with the idea of everything and I felt confident in my ability to handle the situation of going to school and taking college courses.

Here’s why that is so interesting. I don’t really tell people this, but I am scared to death of going to college, and therefore have never set foot in a college classroom.

Why? I have no idea. I know this is an excuse, but deep down inside I grew up with the attitude that I would never go to college because it was too expensive and I would have to pay for it myself. Now I think it seems too overwhelming for some reason.

So it was interesting to me to feel so okay about taking this on. Like it was no big deal. When I woke up it made me start to wonder about if it really would be something I could do if I treated just like that, no big deal. I want to get my husband through college first, but I do know I want a degree in case I have to support my family someday.

Don’t get me wrong- I think I have done extremely well for myself for not going to college. The career that I am in has really been good to me and I have accomplished so much more than I ever thought I would.

I wonder if the dream was spurred by what I saw in one of the schools I went to in . It was a school of mostly Hispanic children. Above the door in one of the classrooms was a poster that said “I will go to college!” The teacher had every child reach up and hit the sign and say the words out loud before they could leave for the day. I thought that was really cool. Like I said I grew up thinking, “If I wanna go to college I better start saving my pennies now!” I wonder how my attitude would have been if I had some encouragement like that in my life growing up. But I know it is ultimately my responsibility to do it so I hope you don’t misread what I am saying as a way to blame someone else for my issues- merely just thinking out loud.

Whatever the case may be, it was really cool to dream about something so positive instead of running around afraid all night long. It makes me think that maybe its something I shouldn't be so afraid of, that I really can handle it, and that is a turn for the better.

If you enjoyed this post Subscribe to The Reality of Anxiety or Add it to Your Technorati Favorites.

Email ThisBlogThis!Share to TwitterShare to FacebookShare to Pinterest
Labels: Dreams and Nightmares

This is the first time that I have seen your blog. Very very interesting. I've been suffering from anxiety for years and it's interesting to see similarities in your mindset from what you have written.
I shall continue to read what you have said as a lot of it I have read so far makes a lot of sense.
I think that most people who go to college only do it for rather spurious reasons. However, when you can see how it really would help your life and can structure your knowledge around that then it becomes a useful exercise. That said I've learnt more after getting my degree purely by reading and experiencing what I've wanted to with no restrictions...

er...yeah...sorry for the long rambling comment from a complete stranger! All the best and thanks for sharing your words.

Welcome to the blog! I appreciate the comment. I am sorry that you have also struggled with anxiety, its no picnic. I agree, there really is a lot to say for having actual real world experience. It hasn't hurt me so much when hunting for new jobs as most jobs say "college degree or equivalent work experience" which I now have. At least when I do go to college I will fully appreciate it and try to get the most out of it.

Hope to hear some more of your ramblings soon, I love it!

First of all, that classroom you encountered has got me pumped, that's awesome.

I really believe that the people who wait to go to college get more out of it. It seems like younger people treat it as an extension of high school or a trade school. Going to college should be about personal growth and getting to know yourself better.

The thing for which i am curious is what was the reason for which the college studies were denied. There might be some incidence or something else, which stopped from further studies.
Well i just want to say the best part is to take the situation in the positive way instead of crying over about why, what and how it happened.

This post is extremely old (it is 2011 now)… and for all I know, you have already gone to college and pursued your dreams. If that is the case, good for you! Regardless, I wanted to inspire you a little.

I would consider myself an extremely successful woman – I went to college and got a degree in physics. I have an amazing job, a loving family, tons of friends, and am able to do almost anything I put my mind to. I am athletic and fit, and yet, I daily doubt myself. I have a dream. My dream is to become a successful runner or triathlete. This has been a dream of mine since I feel in love with running as a high school student – in part because it gave me a sense of confidence that I often times struggled to have on my own.

Recently I have had a quick onset of anxiety. Overnight, I have gone from being able to complete a half marathon to feeling sore and winded when walking a half a mile. Doctors are still trying to find answers, but they are pretty sure that I have had anxiety attacks for a while in my sleep causing muscle weakness (a hard one to diagnose!). There are many other factors and stressors involved which I will not go into, but I truthfully think that my own self doubt has disabled me from becoming a powerful athlete!

Now with that being said, I wanted to tell you to not settle. The longer you sit around, not going to college (if that is your dream), the longer your mind will have to rob you from this dream! I have read your posts – you are extremely well written. I am blown away by how intelligent your posts are and how brilliant you sound when explaining what is going on in the mind when anxiety happens. Take it from someone who has gone through college, “You can do it!” And I am sure that there are several people that would give their world to help you succeed. I seriously think you are fit to study something as tough as neurological science.