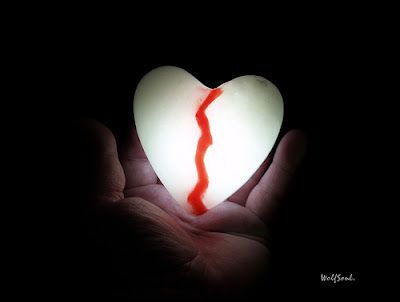 If you have read enough of my posts then you know that my anxiety stems from a deep rooted fear of being judged by others. I think it is in part a result from my childhood, because I grew up in a contentious home where we weren't very nice to each other. The problem with this fear is that no matter how much I tell myself that people aren't judging me, eventually the time will come when they do and I will hear about it. Its happened a lot to me lately.

In one scenario the way I raise my child and my relationship with my husband came into question by a family member at a family gathering. My family still hasn't learned to be nice to one another. I am scared of confrontation and usually avoid it at all costs by trying my best to be a peace keeper, letting hurtful things roll off my back. However in this case I lost it and snapped big time. I went off on this person and things got awkward really fast. Needless to say I didn't handle it the best way I could have.

People talk. They talk badly about other people all the time because it makes them feel better about themselves. Unfortunately I even do it at times. But can you imagine how those people would feel if they found out about what was said about them? Today I found out what other people were saying about me and my family, and it cuts deep. People that have no clue about my life, my marriage, my family were saying things that were really hurtful. It makes me really angry. I know that no matter what you do there is always going to be somebody that hates you for something. But it still hurts.

I have to see these people tomorrow morning and spend all day with them and I am getting very anxious just thinking about it. Its so silly but its as if I'm in High School all over again. Do adults ever really act like grown ups or is it always a popularity contest? I wish people were more loving to each other. It seems that the worst is always easier to point out than the good.

No confrontations will be made this time. Its a special event that I don't want to ruin by bringing it up. But it makes me feel like the spotlight is that much bigger on me.

I am surprised that the main feeling I have felt has been anger, followed by sadness. My heart has really been broken this week and it literally feels very heavy.

So I am trying to sort through it all now and figure out how to deal and process all the feelings. Part of me wants to write these people out of my life forever. Another part of me wants to confront them with the situation as hard as that would be but I know that I am too sensitive and would lose a verbal battle and it would probably make the situation worse. Part of me just wants to up and move away so that I never have to deal with it. Running sounds like the easiest thing to do but I know that won't happen.

I feel like everything is just a big ol' mess and I have no idea how to clean it up. I know if I let it continue to eat at me then my fear of being judged gets more justification because look at how horrible it is when that happens! But how do you get over it and just not care?

I have decided to take a look at myself and stop the gossiping that I do of others and try to set an example for those around me. Hopefully I can stop whatever pain I may be causing anyone else. Somehow I need to learn to not care what these people think, no matter who they are or what they think.

Any one have any suggestions for me? I could really use some help right about now...

I know how you feel. I've been there myself. I was also hyper-sensitive to what people thought of me - family, school friends etc. For a long time it drove me to be successful in business, only to find that a millionaire lifestyle doesn't make you content. What was I to do?

First, I removed myself and my family from regular contact with those who, I knew, would be quick to put me down. Then I spent time working out what I and the people important to me wanted out of life. I made a 5-year plan & wrote it all down. Part of the plan was to relocate so that we could start a new life in a new community - people who would judge us on what they saw, not what they heard or on shared history. Part of the plan was to spend more time together as a family and with the ones we love.

We significantly downsized our home & family budget. As our lives improved, everyone became more content - happier. Now that we KNOW that we have a pretty good life, it doesn't matter what others think of us. Because we all LOOK happy, we have a wide circle of acquaintances. We no longer need to worry about appearances or if we've got the latest gadgets.

We hardly ever have rows with other people. We use the rule "What benefit will I get if I confront this person?" and if the answer is "None" or "Very little", we just let the matter rest. That way, we win every argument, whether or not it seems like that to others.

Does any of this help? Removing yourself from an unpleasant situation isn't running away - it's just plain common sense. You wouldn't stay in a house which was getting gradually worse, would you? You'd move. You might not have to relocate - you might just be able to change your circle of acquaintances.

Whatever you choose, may you have the best of luck!

That sounds really hard. Concentrate on the people who do give you support and value you.
It doesn't matter what other people say or think about you, it matters how you feel about yourself.
If I have to deal with people who are unpleasant or do not act with respect towards me, I use a special tactic..
Instead of rising to the bait, I try to rise above it and continue to treat them as I would like to be treated. I 'nice' them. This gives you the satisfaction that you have behaved as well as you can and there is nothing more you could have done.

People are strange creatures, you might find some kindness in there somewhere!

wow- I am glad I found your blog. There is alot to read so I will get to it tonight. Peace to you.

ooops- I am at fumblingtowardfreedom.blogspot.com

I have never left a comment but have been following your blog for a long time. After reading this latest one, I thought I should speak.

Part of regaining and rebuilding self-confidence is not always easy. It takes a while and hard work - but it absolutely can happen. I have been around people like you explained my whole life - with the exception of a few (one or two). Those few are the ones that I paid attention to and I admired. And, of course, felt most comfortable around. Certain people and certain relationships gave me faith that it is possible to surround yourself with kind, understanding and intelligent people.

Just remember this: you are special, pretty (clearly from the pic), and you don't need to answer to anyone but yourself. If someone has constructive criticism, there is a time and place. Step above that kind of bullshit, look at your kids and husband and realize that you're lucky - take them home and hug them.

I moved away from an area that was literally killing me. I had (it seemed like) everyone in a community judging me and saying things about me. I got divorced from a man who died very shortly thereafter in a single-car accident. People blame me and the guilt and paranoia threw me into panic many times. I was constantly thinking people hated me...So I moved. Hard to do, but seemingly the best for me. I am truly happy and blessed.

I have read that people with anxiety sometimes back away from confrontation in order to be nice to everyone and, so the thinking goes, not be judged. But letting go of fear involves moving beyond what *we think* others think of us. So if you're pissed off, tell them, but nicely, of course :) You can't let this stuff eat at you forever. http://iamlivingwithanxiety.blogspot.com/

I know gossip is a hard habit to break. It feels like a way to connect with other people, although unfortunately it's done at others' expense. But I agree with you it's a great thing to work on!

Well, Aimee, I love you very very very much, think your husband is adorable, and your baby the most beautiful little girl I have ever seen, and I am confident you are a great mother. Whoever is giving you a hard time, they are fools. Want me to beat em up for ya?